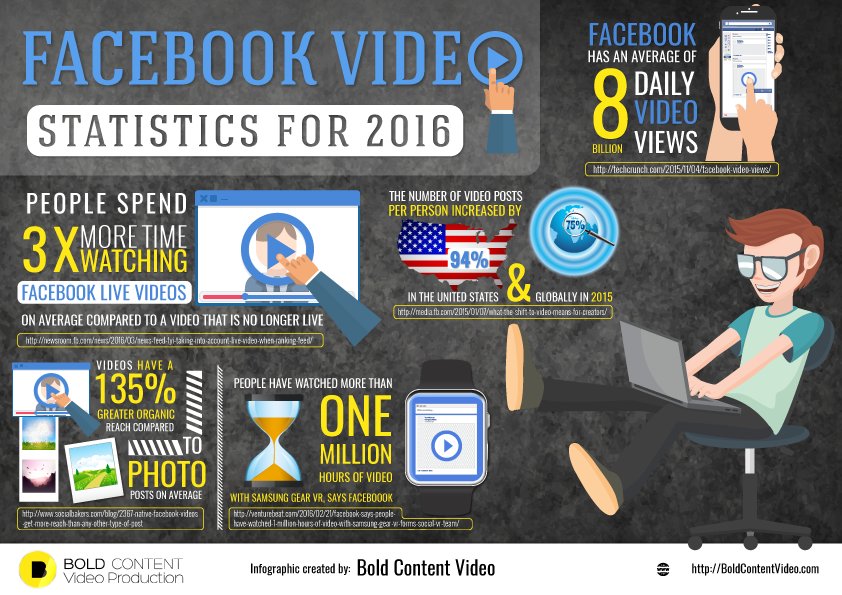 Last year saw exceptional growth for video on Facebook and the overall trajectory of Facebook video consumption is undeniable. Facebook will be working hard in 2016 to cement that vision, especially in the areas of live video and VR. Below are five statistics which show the importance of video on Facebook in 2016.