Social media analytics company SocialBakers is throwing more fuel on the fire that is the Facebook video versus YouTube video showdown.

Two months after forecasting the number of videos uploaded directly to Facebook would exceed the number of YouTube videos, SocialBakers says its prediction has come to pass. 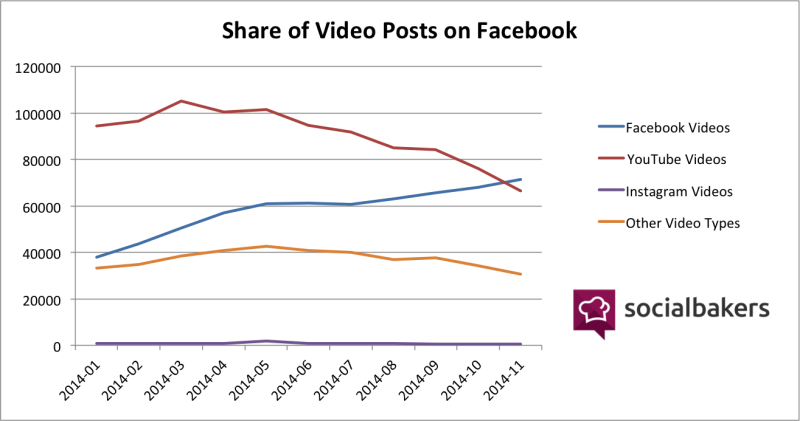 Some may argue that Facebook’s autoplay feature – enabling videos to play automatically as users scroll through their feed – doesn’t reflect true video engagement, and that the Facebook’s autoplay skews the data when comparing Facebook video views to YouTube.